Apache Junction is a suburban area that resides on the eastern edge of the Phoenix metropolitan area. The city has a modest population of roughly 40,000 people and although Apache Junction is located only 35 minutes away from Phoenix, the nearby mountains make the area feel more rural.

Apache Junction was incorporated as a city in 1978 and the area has a rich history that typifies Arizona’s western heritage. There are many archeological sites and monuments in the area that honor Apache Junction’s Native American history. Also, Apache Junction has been a popular place for filmmaking. Glenn Ford, Elvis Presley, John Wayne, and Tom Mix all starred in films where the productions took place in Apache Junction. 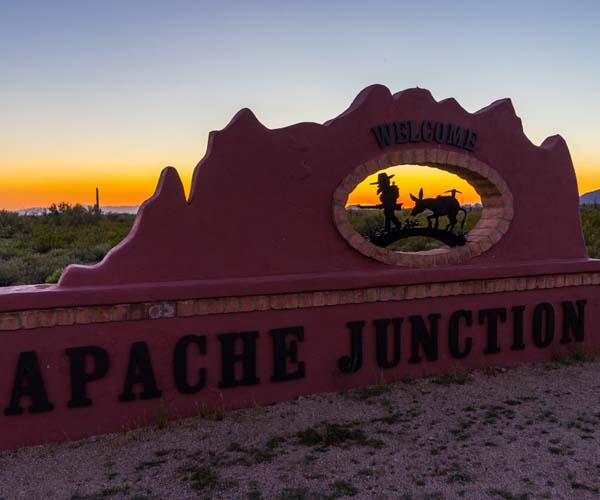 Although Apache Junction is a small suburban community, the area offers plenty of amenities and housing options that make it a worthwhile place to settle down. Apache Junction also offers an affordable lifestyle for its residents and the crime rates are always low. Many retirees choose to relocate to Apache Junction for its quiet neighborhoods and sunny year-round climate. Senior citizens make up roughly 32% of the population and the median household income sits at around $54,000. Property values in the area are low but they are also appreciating significantly, which makes Apache Junction the perfect place to buy a home. Over 76% of the population are homeowners and offer you access to quality school districts and plenty of higher education options.

Things to do in Apache Junction

If you are touring the great Southwest, then there is no better place to visit than Apache Junction. There are plenty of unique attractions in the area, many of which revolve around Arizona’s unique origins. For example, there is the Goldfield Ghost Town which features a museum and plenty of old buildings that commemorate the town’s past. Apache Junction is home to the state’s only remaining narrow gauge railroad which is still in operation to this day. You can also visit the Superstition Mountain Museum which contains many relics and artifacts, including old movie sets, carriages, and full-size mannequins reenacting scenes from the past. The Tonto National Forest is also an awesome place to visit if you are an outdoor enthusiast. The entire area is comprised of 3 million acres of land and there are miles upon miles of hiking trails. If you are in Apache Junction, then you should also take the time to go ziplining. It will take you hundreds of feet above the ground and give you a bird’s eye view of the beautiful desert landscape. Visiting the Commemorative Air Force Museum is also a great way to spend the day in Apache Junction if you are with your family. Here you can feast your eyes upon several modern marvels in aviation, including the P-51 Mustang which was used as an escort for American and English long-range bombers during WWII. 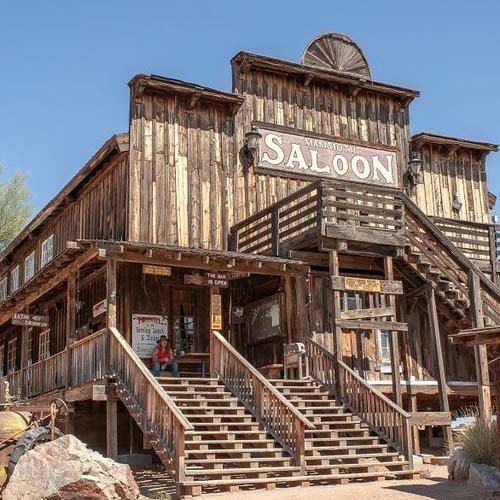